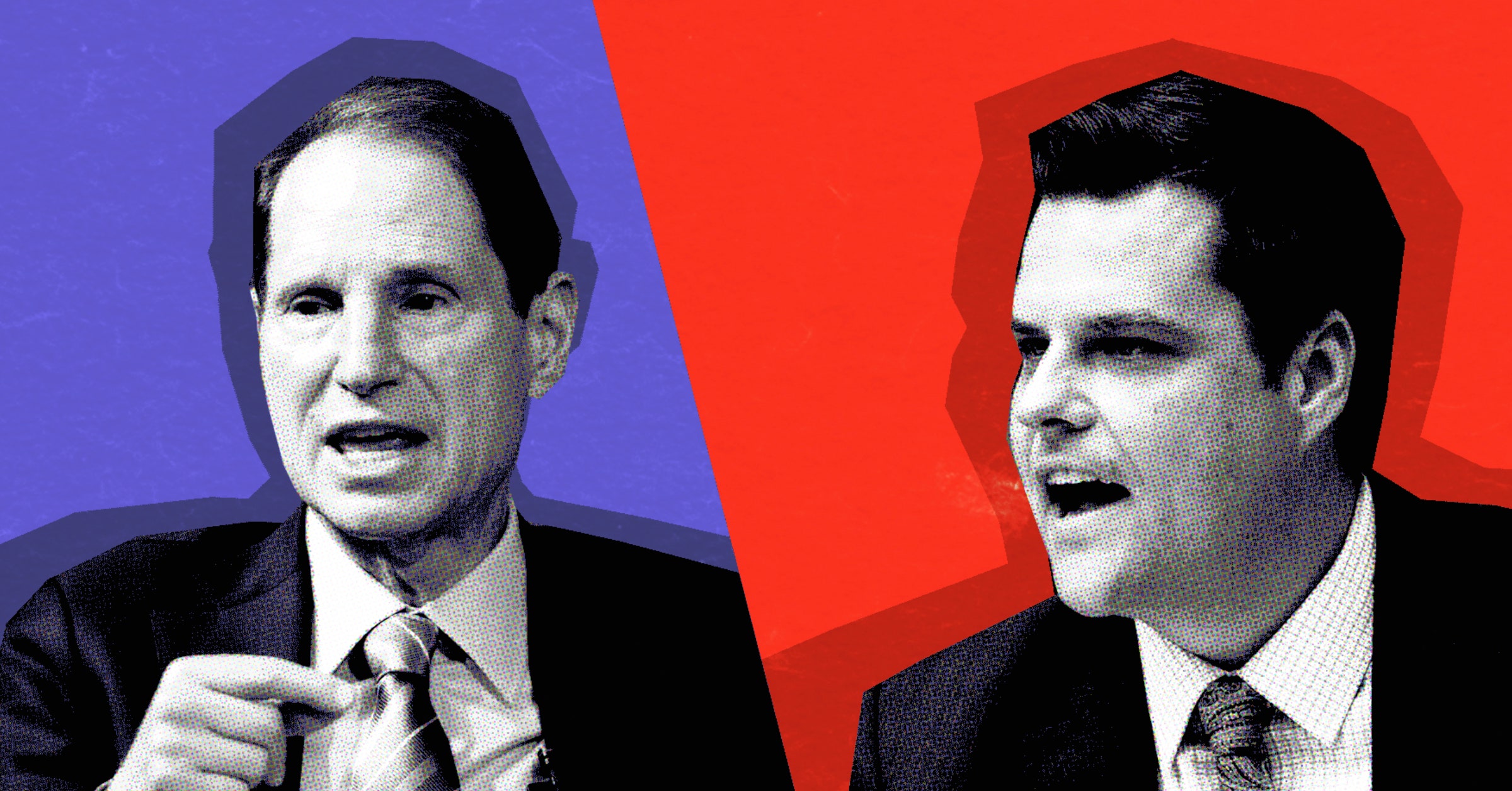 Few weeks have better encapsulated the whiplash-inducing discussions playing out around free speech online than the previous one. Last Monday the country was already knee-deep in questions about the internet’s role in spreading hate speech—and whether platforms were doing enough to combat it—after the web forum 8chan played host once again to a hateful manifesto connected to a mass shooting. By the end of the week, however, another narrative emerged—that tech companies were policing speech too much, as reports of the White House drafting an executive order titled “Protecting Americans from Online Censorship” made the rounds.

At the center of all these debates is a bit of legislation that came into being well before Facebook and Twitter, back when the internet was plodding along at dialup speeds: Section 230 of the 1996 Communications Decency Act.

Section 230, as it’s commonly known, provides “interactive computer services”—that is, anything from web hosts to websites to social media companies—with broad immunity from civil cases over the content users publish on their platforms. (Companies can still be held liable under federal criminal law and for intellectual property violations.) Among other things, this protection allowed social media companies to flourish without worrying about each and every post bringing about some potential, ruinous lawsuit. But it’s also come under increasing scrutiny, with some critics arguing that tech firms need more accountability.

“Something tech companies have really gotten wrong—they’ve proceeded for years basically treating Section 230 like it’s a right that’s enshrined in the Constitution, and I think, frankly, some of the large platforms in particular have gotten incredibly arrogant,” says Jeff Kosseff, who wrote a book about Section 230 called Twenty-Six Words That Created the Internet. “And now what you’re seeing is a backlash to that arrogance.”

Nowhere, perhaps, is that backlash bigger or more consequential than in Washington, DC. In Congress, both parties have singled Section 230 out for attack, with some Democrats saying it allows tech companies to get away with not moderating content enough, while some Republicans say it enables them to moderate too much. So far this hyper-partisan divide on the exact nature of Section 230’s shortcomings has precluded any meaningful progress on reform. But lawmakers from both parties keep signaling that they’re serious about changing the status quo.

Just last week, Representatives Frank Pallone (D-New Jersey) and Greg Walden (R-Oregon) publicly criticized the inclusion of a Section 230–like provision in a trade agreement with Mexico and Canada.

“As you may know, the effects of Section 230 and the appropriate role of such a liability shield have become the subject of much debate in recent years,” they wrote, citing a 2017 WIRED story. “While we take no view on that debate in this letter, we find it inappropriate for the United States to export language mirroring Section 230 while such serious policy discussions are ongoing.”

The recent mass shootings added another edge to an already multilayered and contentious debate in the nation’s capital. Congress is now on its month-long August recess, but just before lawmakers headed out of the swamp, WIRED caught up with many of the key players.

“The world has changed,” Senator Josh Hawley (R-Missouri) told WIRED. “The internet has changed, and I think we need to keep pace with change. The dominant, monopoly-sized platforms that exist today didn’t exist then. The business model they employ today wasn’t employed then.”

Hawley, like many of his colleagues in the GOP, has accused social media companies of censoring conservative voices—a charge those companies have repeatedly denied. In June, he introduced a bill in the Senate that would require the FTC to certify that companies like Facebook, Twitter, and Google do not “moderate information provided by other information content providers in a politically biased manner” in order for Section 230 immunity to apply. (Republican representative Paul Gosar, of Arizona, announced he was introducing a similarly minded bill in the House a few weeks ago.) But the constitutional questions it raises, along with the lack of support from Democrats, makes it seem unlikely to succeed.

“It creates a government kind of information police—censorship, information police,” Senator Ron Wyden (D-Oregon) told WIRED. “A government-established neutrality board is a 180-degree departure of everything conservatives have stood for for years.”

“I’m a conservative. I don’t want Washington running my life, but I sure as hell don’t want Silicon Valley running my life,” Representative Matt Gaetz (R-Florida) told WIRED. Last year, Gaetz claimed to be “shadow banned” by Twitter, after a Vice report found a handful of accounts for conservative figures weren’t surfacing in some search results. At the time, Twitter told WIRED that this was an error, and not based on the political content of tweets. But the incident didn’t improve tech companies’ standing with Gaetz, who already had been a vocal critic of Section 230 in hearings on the Hill.

Gaetz says he has semi-frequent cell calls with the president, and says he’s discussed this issue with senior Trump officials, including “what we can do in the absence of legislation.” While Gaetz won’t divulge the details of those private talks, he supports reining in tech companies.

“There is no First Amendment right for online platforms to have a unique shield from liability that is not enjoyed by newspapers, magazines, or television stations,” Gaetz told WIRED. “That is an extra-constitutional privilege that is statutory in nature, enshrined in The Communications Decency Act.” (Newspapers, magazines, and TV stations can enjoy Section 230 protections, too, for example if their websites have comments sections for users.)

If Congress doesn’t move the needle on Section 230 reform, the president has indicated he’s willing to take up the torch. Late last week, Politico was first to report that the White House is in the early stages of drafting an executive order to deal with what it claims is anti-conservative bias in Silicon Valley. Similar to Hawley’s bill, it would have government agencies oversee how social media companies moderate their sites, according to a summary of a draft order obtained by CNN.

It must be noted that there’s scant evidence that social media companies are systematically suppressing conservative content because of users’ political views. In fact, social media analytics companies like NewsWhip routinely find outlets like Fox News and Breitbart in the top 10 or 20 publishers on sites like Facebook. But persnickety facts don’t really matter in today’s Washington.

Senator Wyden helped pen Section 230 while serving in the House back in the ’90s, along with conservative former California congressperson Chris Cox. Section 230 wasn’t crafted to shield companies for the heck of it. The fear was that if companies could be held responsible for all the content its users posted simply because they moderated some of it—as had happened to Prodigy in 1995—they wouldn’t moderate anything at all. Or so the argument went.

Since then, Section 230 has become sacrosanct in the eyes of Silicon Valley executives and free speech advocates. It is also frequently misunderstood or misportrayed, including by lawmakers.

“I hear constantly about how the law is about neutrality. Nowhere, nowhere, nowhere does the law say anything about that,” an animated Wyden said. He brushes aside contemporary Republican cries of “censorship” as mere hollow talking points. Wyden is open to tweaking the law he helped write, but for him the debate in Washington needs to go beyond issues of content moderation.

“I think the bias [tech companies] have is they want to make as much money as possible.”

Not all Republicans are on board with “the fix” Hawley and Gaetz are peddling in the marble halls of the Capitol and on conservative cable outlets, either.

“I’m generally supportive of the Section 230, because without it you don’t have the Internet,” Senator Ron Johnson (R-Wisconsin) told WIRED. “Sen. Hawley’s bill—I think the concern about that is, well who’s going to be able to judge whether a company is or isn’t showing bias? Then all the sudden take away that 230 protection—I don’t know, I’ve got my doubts on that one.”
For Democrats, there are no doubts.

“I have to say, I have not seen evidence of political bias,” Senator Mark Warner (D-Virginia), the ranking member on the Intelligence Committee, told WIRED. “I think the bias they [tech companies] have is they want to make as much money as possible.”

That’s not to say Warner is opposed to changes to Section 230, but he urges caution. “The idea that this is simply a totally unregulated square is simply not accurate, because we already have put in certain regulations,” Warner said, and added that the issue needs more debate.

For years, the very business models of platforms like Facebook and YouTube have come under fire for prioritizing whatever grabbed their users’ attention, often leading to feeds full of content that shocks or stokes outrage or divides. And Section 230 has enabled those business models, by shielding companies from responsibility for their users’ behavior at its most extreme. Just last month, an appeals court used the provision to rule that Facebook couldn’t be sued for providing a platform for terrorists, throwing out a lawsuit from the families of American citizens killed in Hamas attacks.

“I think there definitely is a big problem with hate speech and all sorts of absolutely vile content online,” Kosseff, the author, says. “The question is how do changes to Section 230 address that.”

In 22 years, there’s only been one real update to Section 230. The Fight Online Sex Trafficking Act and the Stop Enabling Sex Traffickers Act, or Fosta-Sesta, was signed into law last year, removing Section 230 immunity for services that “promote and facilitate prostitution.” The controversial amendment led to broad self-censorship by many sites, and some sex workers say the fallout has made their lives more dangerous, not less.

Sign up for the Daily newsletter and never miss the best of WIRED.

When Congress returns from recess in September, all signs point to lawmakers taking up the Section 230 debate where they left off. But gutting Section 230 could have other unintended effects, some experts fear. As distasteful as many parts of the web may be, they say, policing speech that is, after all, protected by the First Amendment could blow up in lawmakers’ faces.

“Maybe the internet companies could have been better at foreseeing where the problems would arise, but I think they’re quickly realizing they don’t have the right policy yet and they’re going to keep working towards it,” Eric Goldman, a Section 230 expert at the Santa Clara University School of Law, told WIRED. “And that’s the beauty of Section 230.”

Content moderation is hard to get right, and examples of companies getting it wrong abound. Goldman contends the statute is what gives tech firms the power and freedom to explore what works and what doesn’t.

“Section 230 allows the internet companies to make those decisions confidently without fearing their liability,” Goldman said. “The basis of those decisions are, ‘What’s in the best interest of my audience? What can I do to facilitate my audience’s needs?’ So Section 230 is—in that part—is unquestionably a part of the solution.”

When you buy something using the retail links in our stories, we may earn a small affiliate commission. Read more about how this works.